We are not your typical recruiting firm.

T.I.R.’s mission is to assist Military personnel transition to the private sector and to assist corporations in identifying and matching candidates with the skill sets and experience that provide longtime fits for both parties.

Supported with data from psychoanalytic analysis (evaluation of transference), and one-on-one personal interviews – the T.I.R. pre-vetting match between the candidate and the corporate partner are designed to incorporate science, job skill and personality traits into the hiring process.

We are not a traditional recruiting or placement firm. We are a process improvement firm specializing in Veteran transition into the public sector. There are several competitors working within the placement and recruiting space.  However, the T.I.R. strategy of pre-vetting Veterans in advance of placement is the differentiator from other competing firms.

Online Placement Service: no one to one candidate contact, no Veteran specialization

Our customer base includes working collaboratively with the Department of Labor, Veterans Administration, Veterans Outreach Programs, Colleges and Universities and Commercial Organizations to identify and place post-military candidates who align to open job functions within the private sector.

T.I.R. is aligned with our Federal and State politicians.  Understating their Veterans’ interests and how those initiatives impact their districts and cities are key strategic planning pieces for T.I.R.  Aligning platforms allows for a consistent message on the state of Veteran affairs to be delivered to the Veteran and private sector client throughout the recruiting process.

We strive to build long-term relationship with clients, not a single-transition deal. We act as a strategic partner, not just a vendor.

T.I.R. will deliver qualified/skilled candidates on time, and within budget.  We pride ourselves on intensive business acumen, and an understanding of Military Occupational Skill (MOS) transference. 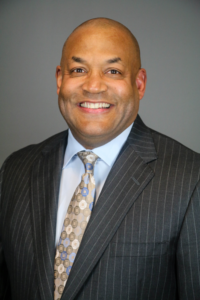 Robert Reed, MBAPresident
Robert graduated from Marshall University in 1988 with a BA in Communications. Robert also received his MBA from Pepperdine University in 1999. Robert has 30 years of experience in the fast paced Consumer Industry. He began his career at Frito-Lay in Sales Management. Throughout his career, Robert has worked for several key industry leading Consumer Product Goods (CPG) companies – holding multiple mid-level to senior level management roles. Robert has also held various key positions in Trade Analytics, Marketing, Sports Marketing and National Account Management with increasing responsibility with each role.

Military Career
Robert spent 10 years in the United States Marine Corps. He is a decorated Veteran – last serving in Operation Desert Storm in 1991.

Personal Attributes & Interests
Robert is a supporter of Autism Awareness, and Special Olympics of Connecticut. He has also mentored urban youth for the past 15 years on developing personal goals and plans for their future and has assisted them in gaining desired employment in the careers of their choice.